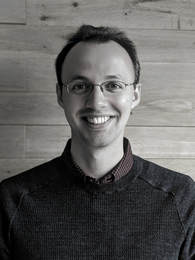 Dan's own music education began in Oxford at St Edward's School studied piano with Victor Sangiorgio and organ with Julian McNamara, and played regularly for the weekday morning chapel services as well as accompanying the chapel and chamber choirs, when not singing in them. On piano he was the soloist for both Stravinsky’s First  Piano Concerto and Rachmaninov’s Second Piano Concerto, as well as playing piano for the Big Band and a smaller seven-piece Dixieland Jazz Band. Other musical endeavours included playing keyboards for the school shows, and other instruments including violin, viola and various tuned and untuned percussion.

On leaving St Edward’s, Dan moved to Wallingford where he was appointed Assistant Director of Music in the two parish churches, St Mary le More and St Leonard’s, and began teaching piano privately in the area, achieving 100% distinction rate in pupils that year. Later that year he received an unconditional offer from Worcester College, Oxford, to take an Organ Scholarship and to read Music. The Organ Scholarship at Worcester is unique in both Oxbridge and the world in that it offers the holder an invaluable opportunity to work with both an established choir of trebles drawn from the city’s Christ Church Cathedral School as well as a separate choir of mixed undergraduates.

The Organ Scholar is responsible for training of the boys at the daily morning rehearsals of the trebles at school and for playing or conducting at the four weekly services in the college chapel under the guidance and tutelage of Dr Andrew Gant, Organist at Her Majesty’s Chapel Royal. Both choirs undertook a number of recordings and tours during this period, notably in the UK to cathedrals including Lincoln, Salisbury, Worcester, Bristol and Wakefield and further abroad to Trondheim, Norway’s second city, and to the 2005 Festival of European University choirs in Palermo, Sicily. Major recordings included a CD of Parry’s Songs of Farewell, Tippett’s Five Negro Spirituals and Duruflé’s Requiem, some samples of which are available on the Recordings page.

Whilst still an undergraduate, Dan was appointed Organist and Choirmaster of St Mark’s Church, Swindon, and during his time there established a junior choir and expanded the membership of the choir, and ran a choral workshop with Malcolm Archer, then Organist at St Paul’s Cathedral. After graduating with an upper second class degree Dan started studying for a postgraduate certificate in music teaching at Reading University, the PGCert(Mtpp) along with starting a private teaching practice in Oxford.

Dan was the Director of Music at St Barnabas Church, Oxford, from 2009 to 2014 and worked with both a well-established choir of around a dozen adults singing for the musically complex Anglo-Catholic liturgy and established and trained a choir of children to begin singing regular services. During his tenure membership has grew steadily, particularly noticeable in the reformed junior section of around a 18 boys and girls, restoring a treble section to the church which had been a customary part of the choir until the mid-1990s.
Dan's Current Bio
Powered by